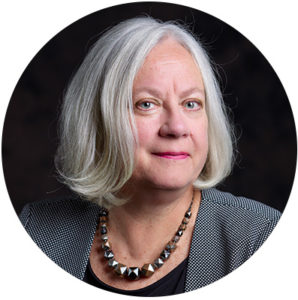 Laura Jean Watters joined The Staten Island Foundation as Program Officer in 2007 just as the Foundation was adopting its results-oriented approach. She has assisted nonprofit applicants to develop proposals that align with Foundation priorities and identify concrete measurable outcomes. In addition, she helped develop the Foundation’s focus on improving student literacy outcomes through educator professional development. As part of the Foundation’s involvement in the Staten Island Vision Project she served as a group facilitator. When the Foundation received emergency funding in the aftermath of Superstorm Sandy, she helped manage the local re-granting effort. She has been an active participant in the Foundation’s role in supporting the development of local collective impact initiatives; serving on multiple steering committees and work groups. In order to further the Foundation’s learnings, she has participated in trainings with The 7 Habits of Highly Effective People from Franklin Covey; Beyond Diversity: Courageous Conversations, and Compassionate Systems offered by the Society for Organizational Learning, North America. She serves on the Arts Committee to the Panel of Educational Policy. Prior to joining the Foundation, Ms. Watters was the Executive Director of The Council on the Arts & Humanities for Staten Island (COAHSI) from 1993 – 2007. Significant projects during that period included re-establishing multiple state and city-funded local re-granting programs, creating a folk arts program to highlight Staten Island’s increasing diversity, appointment to Mayor Bloomberg’s Cultural Affairs Advisory Commission, and serving as the community liaison to the Staten Island 9/11 Memorial Project. She earned her J.D. from Brooklyn Law School in 1990.