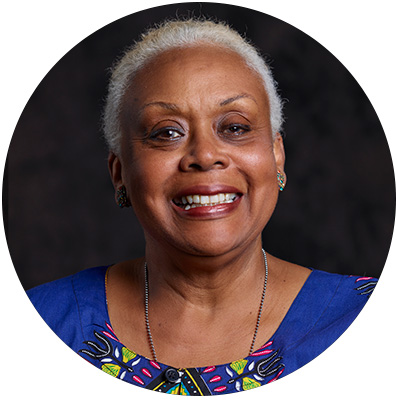 Dolores N. Morris joined the Board of The Staten Island Foundation in 2011. She is a fifth-generation Staten Islander, graduated from Hunter College cum laude with a degree in Physical Anthropology, and enjoyed a career in children’s television programming at ABC Network, Walt Disney Company, and the HBO Family Channel. Her work on ABC’s After School Specials garnered 25 Emmy awards for the network, and a prestigious Peabody Award. She has five personal Emmys, three Peabody Awards, an Oscar mention, for producing the film, “the children’s March.
She mentors youth and counsels college students on the future of television and media for children and is motivational speaker for youth and women, especially audiences of color. She is a certified lay speaker in the United Methodist Church. Other awards include: the Arthur D. Phillips Community Leader Award, National Council of Negro Women Outstanding Achievement Award, and College of Staten Island President’s Medal, Staten Island Advance Woman of Achievement.
In 2017, she wrote, “The Soldier that Wagged Her Tail”, a book about her father William A Morris Jr. who served in WWII and his dog, Trixie, who served with him and saved his life.
She serves on the boards of The College of Staten Island Foundation and The Staten Island Museum, The Historic Tappan Park Foundation as well as serving on several church committees and is chair of the Church Council at her church, Faith United Methodist.